Rhino conservation is a deadly serious business, and Botswana cannot do it alone – we need everyone to help us fight this battle. The sense of responsibility wakes me up at night, but what we’re achieving for rhinos right here, right now soothes the pain. We won’t give up.

A 60-year-old citizen of Botswana, Map has lived and worked in the wilds of northern Botswana for 35 years.

He was one of the very first wildlife guides to be licensed in Botswana. Inspired by the rich diversity of life and unspoiled nature of the region, he organised and led wildlife safaris to remote areas of the Okavango Delta, Chobe National Park, Makgadikgadi Pans and the Central Kalahari.

On arriving in the Okavango Delta, Map realised that it was one of the continent’s most pristine and biodiverse environments. So he started to study every element that made up the Delta, from its diverse habitats to its incredible wildlife. Today, he helps to develop conservation policies in the Okavango Delta and other wilderness areas.

He is now the government-appointed National Rhino Coordinator for Botswana and oversees all rhino activities in the country.  This includes nation-to-nation translocations and monitoring, and the coordination of rhino security through the establishment of forums to which all rhino managers and security agencies can contribute.

As National Rhino Coordinator, Map is also responsible for coordinating the activities of private rhino owners.  He manages a national database of all rhinos in the country, carries out inspections of facilities on ranches and conservancies to ensure humane care, monitoring and security are provided, and helps create opportunities for the private sector to work with national security agencies and other law enforcement.

He serves as chairman of the Moremi Game Reserve Management Committee and vice-chair of the newly-established Tlhokomela Botswana Endangered Wildlife Trust. In this role, Map will be work closely with the Botswana government to assist its Department of Wildlife and National Parks to conserve and protect endangered wildlife in Botswana.

It’s as if Map was called by nature to a service that is irresistible. He’s an idealist who will not be discouraged, who is willing to rage. I find that so exciting. 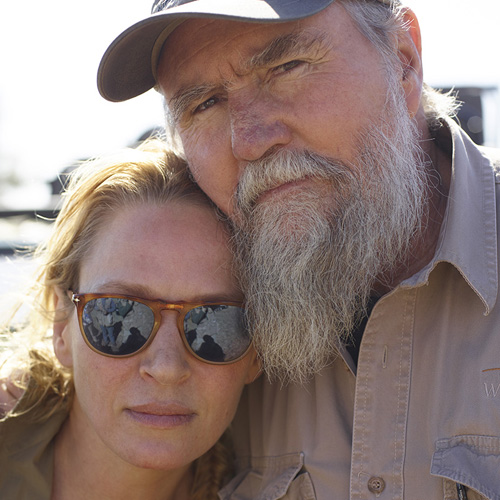