Paul, a native South African, began his career in the tourism industry in the late 1980s, working as a junior guide in the remote Linyanti region of northern Botswana. He went on to serve as general manager of SabiSabi Private Game Reserve in South Africa, and worked as a professional guide and lodge manager for Wilderness Safaris in Botswana’s Okavango Delta.

Paul was a member of the Field Guides Association of Southern Africa (FGASA) for seven years and sat on the committee that helped to establish the standards and code of conduct for professional guiding in South Africa today. He is trained as a FGASA Level Three and SKS (Specialist Knowledge and Skills) Dangerous Game safari guide.

In 1997, Paul moved to the USA, where he served as vice president of Sales and Marketing for luxury travel company Ker and Downey. Paul and his wife Caroline founded Natural Migrations in 2006. He served for six years as an executive board member of APTA (Association for the Promotion of Tourism to Africa) and is currently the conservation and community committee chair for the Safari Professionals of America. When Paul is not in the office, he is competing on his beloved horse HJ Eros in three-day events.

I’ve been involved in tourism and conservation for all of my professional life and I share Map’s immense passion for saving one of Africa’s most iconic species from extinction. I’m honoured to be a trustee, as I truly believe in Rhino Conservation Botswana’s exemplary conservation efforts. They provide an outstanding model for the rest of Africa to follow.

There’s simply no better feeling than watching a relocated rhino being released back into the wilderness, and knowing that you’ve played a small role in giving it a future, roaming wild and free! 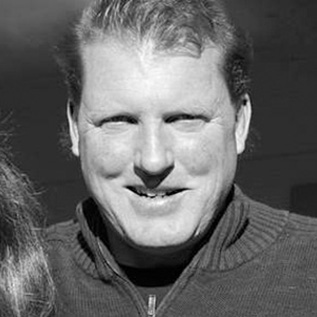